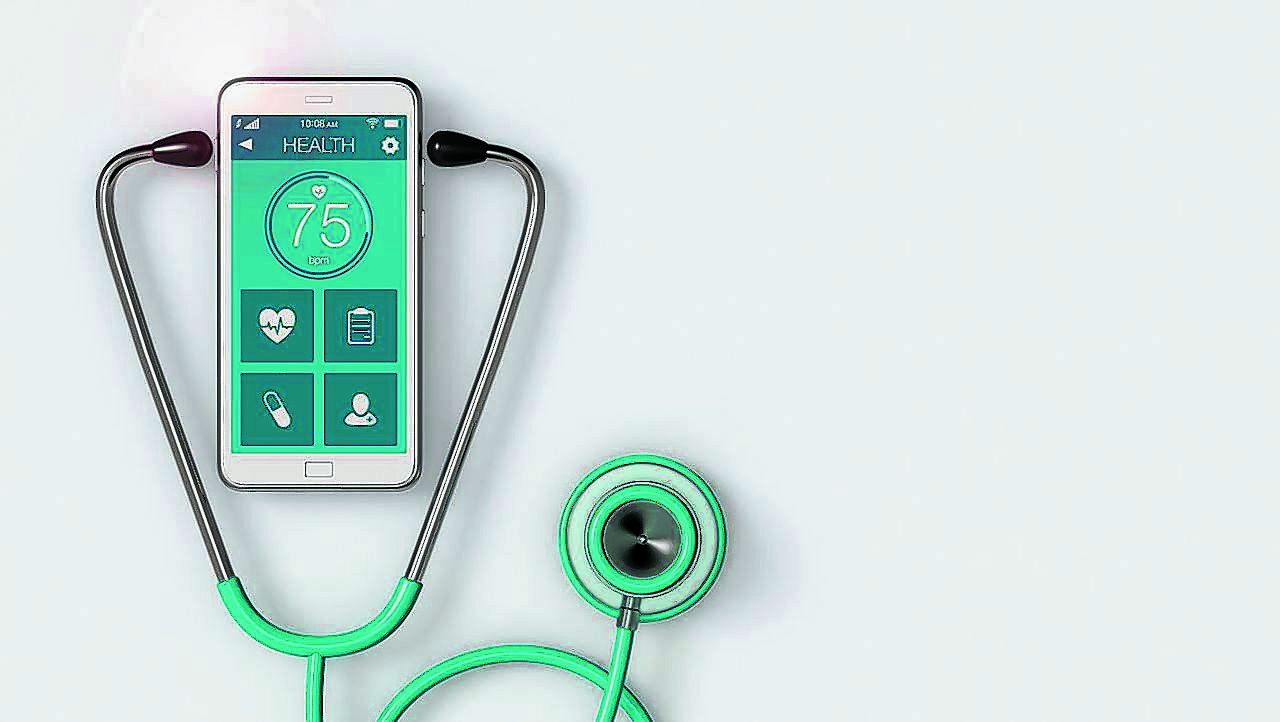 When health information is at your fingertips

Over the past few years, it has been tried, tested, and proven that you can modify anything from electronics to meet a wide range of user-friendly applications. The health sector is not immune to this phenomenon either. From fitness apps and heart health tracker apps to period tracker apps, technology continues to simplify access to information.

This does not exclude doctors, however, as self-diagnosis is never an option. Health apps help us give us the information we need to better understand how our bodies work and when to consider seeing a doctor.

Tanzania has not been left out as local doctors and programmers are constantly coming up with these ideas to help their communities. A femme fatales team of two local women – a programmer and a doctor – saw fit to create an app and platform for easy access to health information.

Maria Theresa Kadushi and Dr Hilder Ruth Shoo, founders of a mobile health start-up called “Mobile Afya”, didn’t know they could create a USSD app that uses mobile technology without the Internet to deliver health information basic Swahili language in Tanzania and East Africa when they met at a reception in 2015.

“It was at a college reception and we were both on different teams, she was in programs while I was with a health team,” says Dr Shoo.

Ms Kadushi briefly introduced Dr Shoo to the idea for the start-up and Dr Shoo was instantly hooked as she envisioned a future where people could have all the information about health issues and illnesses in the palm of their hand. with their hands.

She explains that the idea of ​​creating the startup was further emphasized after noticing the lack of health information in Tanzanian companies.

Ms. Kadushi says her habit of curiosity and never hesitating to try to stabilize the situation paved the way for Mobile Afya as she had previously lived with the challenges of accessing health information.

“My parents never told me about menstruation and sexual health and I was at a disadvantage because I started school at a very young age, so I had no one to help me understand the changes in my body in general, so I wanted to change this narrative for other women, ”she explains.

The two women began by conducting reproductive research in different regions, the first being Singida which was Ms. Kadushi’s residence and workplace at the time.

“We found Singida to be one of the main areas in Tanzania with the highest number of street children, which makes many families lead poor and sad lives. We concluded that many families lacked information on reproduction because they had more and more children even if they could not take care of the whole family ”, details Ms. Kadushi.

It was then that the two women developed an app with as much information as possible about reproductive issues to help uneducated and uninformed people.

Ms Kadushi says the app has been extended to USSD training which can be used with and without internet access, as one of their goals was for the service to reach people with the lowest incomes.

It further clarifies that all information contained in the application is prepared by professional doctors and is reviewed by the Ministry of Health.

“Our startup is an application with correct and precise information that helps a person to make informed decisions”,

Ms. Kadushi explains that the decisions made by the app user are the result of accurate information about an illness or problem that may have been raised by the app user.

The USSD menu. which can be found after dialing * 147 * 47 #, is a detailed menu that guides a user through their search.

Once a logged in user dials the USSD and chooses a particular information angle, a text message containing all the angle information is then sent to the number you registered with.

“It’s a free service except for 3,000 shs which is paid annually for text messages sent when you request information about a certain disease,” Ms. Kadushi explains. As Mobile Afya tackles the lack of easy access to health information, they have had to simplify communication between the company and consumers.

All health text messages sent to subscribers are short to help relieve the exhaustion that comes with reading long texts that many people look down on.

It is revealed that the app currently has 1,000 subscribers who vouch for various health information found in the app.

The startup reaches its audience when the Ministry of Health organizes events based on international health events.

At international events organized locally, they encourage participants to sign up for the program which would allow them to obtain regular free health information.

On the other hand, the startup finds audiences by walking from one street to another.

“Our communities not only have the right information about diseases, there is also the problem of not knowing and understanding the symptoms of a particular disease,” says Ms. Kadushi.

“We give the symptoms of several diseases in our menu as well as directions to medical centers that can serve people who need it,” explains Ms. Kadushi.

The app aims to curb the increase in the number of sick people in medical centers across the country, “It will be a bigger step when we have an informed nation that stays healthy while moving towards development in all sectors. “

“It was a journey, and we got to where we are now thanks to the leap of faith that turned the startup-generated idea into a working app, because we see ourselves as the people who will fill the gap. ‘accurate health information. “she says.

The two were the first members of the Mobile team as they were dependent on each other since Dr Shoo is based on the research and health side while Ms Kadushi works in the programming department.

“We were then joined by other women who invested in the team by always seeing and visualizing the potential of the startup and the mileage it will bring to the health sector,” says Ms. Kadushi. Ms. Kadushi explains that they started working on the startup in 2016. “It was the most difficult time we have ever had, as there were times when I had to manage the program on my own afterwards. the departure of Dr Shoo for his master’s degree. “

She reveals that she envisions ‘Mobile Afya’ as one of the biggest mobile technologies in Tanzania that will help the health sector.

Ms. Kadushi remembers how far she and Dr. Shoo traveled to reach this point.

“It was the most difficult and difficult life, because we did not have the resources to create the technology product we wanted and it took us three years to get our first funding (second quarter 2019)”, details she does.

Ms. Kadushi further explains that technological development is as demanding as any other industry in terms of funding and technical expertise, which they both lacked at the time. At first, they had no resources and lacked office space, so they opted for cafes and hotels to discuss the content of the startup.

“There were times when I almost gave up on the idea, because I thought then that someone else would come up with the same idea and work it fully,” she says.

Sometimes access to a doctor is delayed due to the need for self-diagnosis or lack of funds, but Mobile Afya helps a patient not to self-diagnose, instead it gives you all the information you can ask for to decide what your next step would be. .