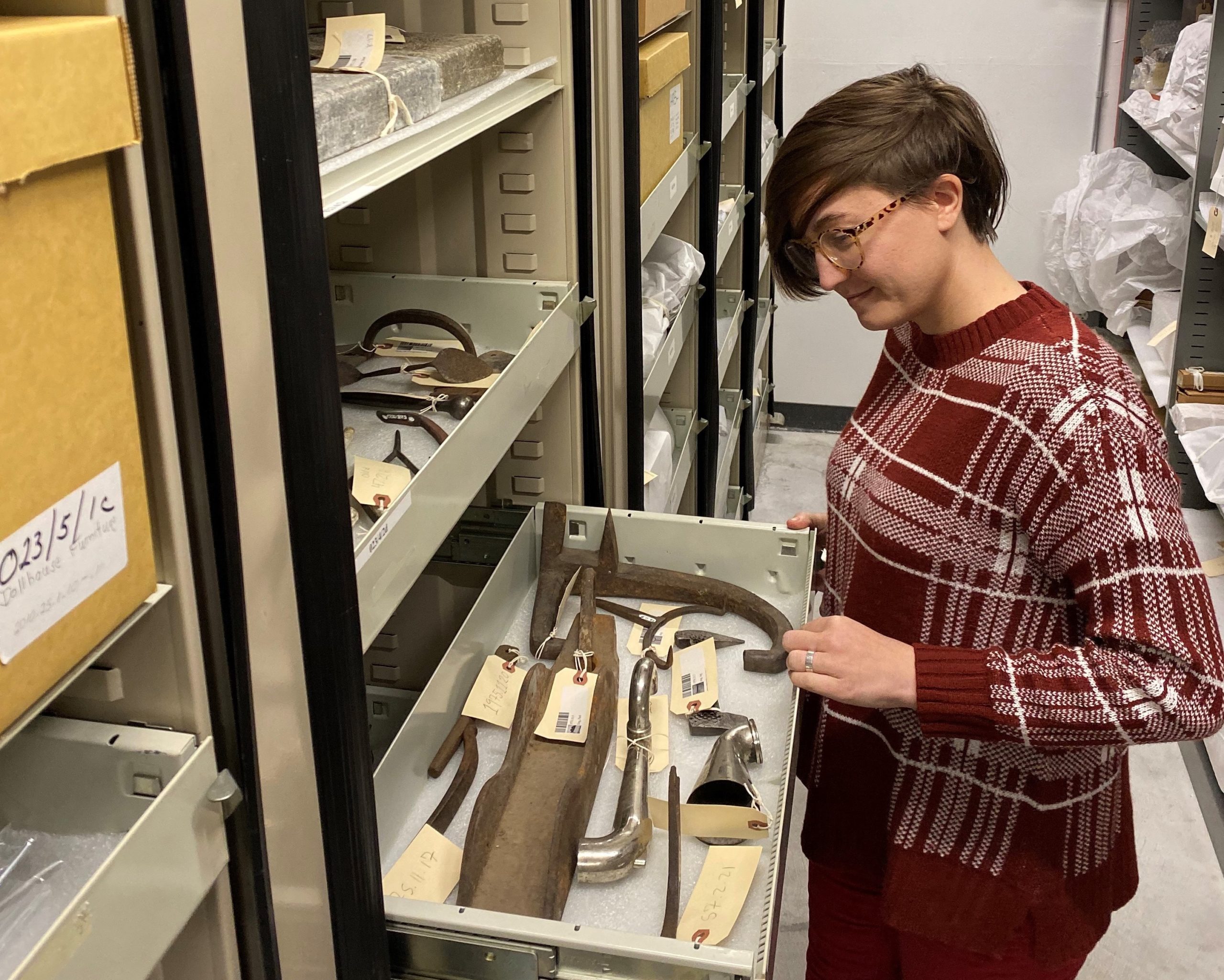 the creative sector of Vermont, stung by losses during the Covid-19 pandemic, begins to receive much needed help.

Ten arts and cultural organizations across the state are expected to receive nearly $ 630,000 in direct relief funds from the federal government under the CARES Act.

“These are essential,” Paul Gambill, executive director of one of the recipients, the Community engagement lab in Montpellier, says federal dollars. “Until we can help figure out how to reimagine the way artists work during the pandemic. “

New funding allocations – recently announced by the National Foundation for the Arts and the National Endowment for the Humanities – came a few days before the signing of Governor Phil Scott a bill to help the pandemic which allocates an additional $ 5 million to non-profit arts and culture organizations.

This money distributed by the State also came from the CARES law, signed in March by President Donald Trump as a way to stem the economic fallout from the coronavirus pandemic.

For the Community Engagement Lab, a nonprofit organization focused on the arts in schools, the National Endowment for the Arts’ $ 50,000 grant could be key to the small organization’s near future.

The nonprofit cut the hours of one of its three full-time employees in half when the pandemic struck, Gambill said. This person had a crucial role – managing his partnerships with schools, teaching artists and more – without which “we could not have continued,” he said.

He said his organization received a loan from the Paycheck Protection Program that allowed the head of the partnership to return, but that would only last until June. The new federal funds mean that a member of his team can stay full-time until at least October 2021, he said.

“This position has a disproportionate impact on our ability to be successful,” said Gambill, explaining how the lab’s partnerships are his core work. “Especially in a small organization with only a few employees, reducing this capacity is devastating. “

the Vermont Folk Center in Middlebury also received a $ 50,000 grant from the National Endowment for the Arts, to cover staff and facility costs.

The center also received just over $ 97,000 from the National Endowment for the Humanities to support a project archiving the experiences of Vermonters during the Covid-19 crisis.

“This money will help us pay our full-time archivist and retain an assistant archivist for six to 12 months longer than originally planned,” said Kathleen Haughey, executive director of the center.

The archive project – centered around recorded oral history-style interviews – had been underway previously, Haughey said. And the $ 97,000 will help the center create and distribute educational materials based on these interviews.

These funds will also allow the association to hire an education director six months ahead of schedule and help pay for a folklore specialist trained in Franco-American songs, Haughey said.

Haughey said the center was fortunate that a significant portion of its income was not coming from ticket sales, which plummeted when the pandemic hit Vermont. But the nonprofit lost revenue by contracting work with schools and other entities, she said.

Arts and culture organizations and individual creators across the state suffered “enormous financial losses” during the pandemic, said Catherine Crawley, spokesperson for the Vermont Arts Council.

The statewide group heard from more than 200 organizations and more than 400 individual artists who reported nearly $ 37 million in total and expected losses from the pandemic, Crawley said.

“Some of them won’t survive beyond six months,” she said.

By early June, the board had donated $ 517,500 to 81 different organizations through an emergency relief fund with the Vermont Humanities Council.

The arts council also awarded more than $ 170,000 to 425 individual artists who lost income due to canceled projects or events, Crawley said. These rewards were capped at $ 500 per person.

Part of the reason supporting arts and culture matters now, said Gambill of the Community Engagement Lab, is that continued financial losses could push people out of the creative industries.

“If artists have no way to make a living, they’re going to have to do something else,” he said.

This could be particularly damaging for Vermont, where nonprofit arts and culture organizations are a $ 123 million industry, according to a 2017 study by the national non-profit organization Americans for the Arts.

2018 data, collected by the Vermont Arts Council, showed that the state’s creative economy accounted for about 9% of all jobs in Vermont, a share above the national average. Most of these jobs were in design, specialty foods, and visual arts and crafts.

Leaders in the field also emphasize the non-monetary benefits that creative work brings, especially in times of national turmoil.

“The thing with art is that it allows us to see ourselves and our world differently,” Gambill said. “When we struggle to redefine who we are as a culture and to survive the biggest economic crisis of the past 100 years, we need artists to help us build these definitions of who we want to be. We believe that artists are essential workers in this challenge.

“The times are drastic. Our arts organizations are suffering. They don’t know if they’re going to survive, let alone reopen, ”Carter said.

And some in the Vermont arts and culture arena have concerns about the $ 5 million from the recent state bill, H.966, which was enacted last Thursday.

The bill sends the money to the Trade and Community Development Agency “to be given to the Vermont Arts Council.” The agency requires organizations to demonstrate a decrease of 50% or more in their total revenues in any month from March 1 to August 31, compared to the same month in 2019.

But the bill passed last week narrows the definition of income to exclude tax-deductible charitable contributions.

“If all you can count is just income earned as a for-profit business, then that doesn’t accurately reflect the income model of arts and culture organizations,” said Steve Perkins, executive director of the Vermont Historical Society in Barré.

For many of these organizations, donations and other charitable contributions make up a substantial portion of their income, said Perkins, like his, which is ineligible.

Of recent CARES law grants for arts and culture in Vermont, the historical society received the largest: $ 133,512 from the National Endowment for the Humanities.

This money supports a digitization effort of approximately 50,000 books and periodicals; 30,000 photos, plates, maps and manuscripts; and 30,000 museum pieces.

Despite his reservations about state-administered funds, Perkins is grateful for the attention given to Vermont’s creative sector.

“I can’t imagine Vermont without it,” he said.

Want to stay up to date with the latest business news? Sign up here to receive a weekly email on all of VTDigger’s reports on local business and economic trends. And check out our new Business section here.

As coronavirus cases escalate in the United States, the internet has just one word for this image of a crowded beach: #Florida