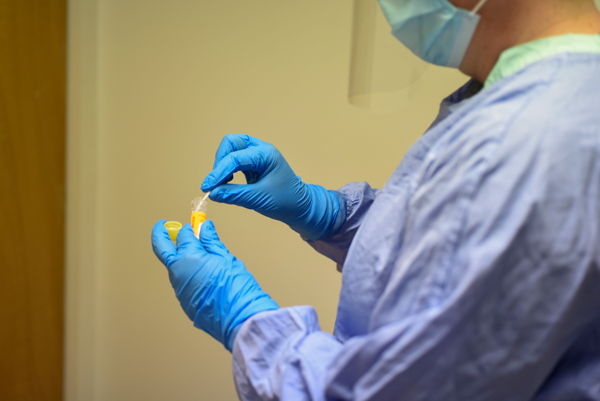 More than a third of Canadians do not trust parents to keep their children at home if they develop symptoms of COVID-19.

This was just one of the findings of the Taking the Pulse of Canada national survey conducted by the Canadian Center for Applied and Social Research (CHASR) at the University of Saskatchewan (USask).

The survey received responses from 1,000 Canadian adults aged 18 and over, contacted between September 3 and September 28 by landline and cell phone.

The main objective was to ask to what extent COVID-19 may or may not be a problem in schools and to assess the overall response of Canadians to public health guidelines.

The researchers also found that a majority supported public health guidelines such as masking requirements in indoor public spaces and restrictions on social gatherings as well as mass gatherings.

There are notable variations in responses from regions across Canada to public health measures, as well as differences between men and women on concerns such as the spread of the pandemic in K-12 schools and on the possibility that their child will become very ill or be hospitalized with COVID-19[FEMININE[FEMININE

“These results fully reflect the patchwork of public health measures currently in place across Canada,” said Jason Disano, director of CHASR, in a statement.

“There is currently less consistency in public health measures than at any time during the pandemic.”

Among the conclusions of the survey: 89% of the people questioned declared having been vaccinated; Quebec and the Prairie provinces (Manitoba, Alberta and Saskatchewan) are less likely than other regions to support requiring students and staff to wear masks inside schools or limiting the size of schools. social gatherings; Respondents in Ontario and the Prairies trust parents less to prevent children with symptoms of COVID-19 from going to school than British Columbians or Quebeckers; and residents of British Columbia and the Prairies are less likely to think that people with HIV should be forced to self-isolate.

Women are more in favor of measures such as indoor masking, limiting the number of people allowed in businesses, and restricting the size of social gatherings and mass gatherings. Unvaccinated people trusted parents more to keep symptomatic children of COVID at home, while younger respondents (under 55) were less likely to be so confident.

People over 55 were much more concerned than younger respondents about the spread of COVID-19 in schools in their area and in post-secondary institutions.

Parents in Quebec and Ontario (78 and 64 percent) were confident in the COVID-19 protective measures adopted by schools, compared to those in Atlantic Canada, British Columbia and the Prairies (51 percent). hundred or less).

“Saskatchewan and Alberta are reducing those numbers somewhat. “

The survey results give a margin of error of +/- 3.1 percent nationally (19 times out of 20, which means the results can be considered reliable 95 percent of the time). Results broken down by region have a higher margin of error due to the smaller number of respondents from each region.

“Against all available public health information and data”