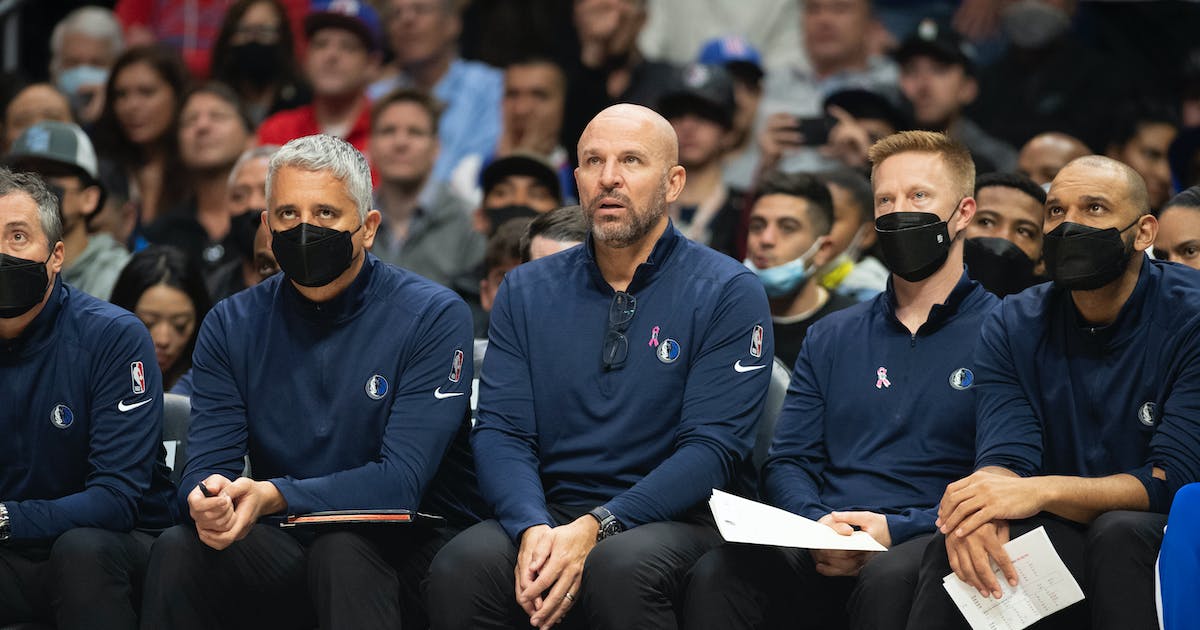 The Dallas Mavericks will be without coach Jason Kidd on Friday night against the Houston Rockets.

The Mavericks announced that Kidd entered health and safety protocols as the 13th NBA head coach was out this season. Assistant coach Sean Sweeney will be interim head coach for Dallas.

Dallas is currently fifth in the Western Conference and has won four in a row. The Mavericks are due to host Chicago on Sunday night before hitting the road for a two-game swing.

The last few weeks in the NBA have seen most teams face epidemics; 11 games have been postponed, while now 13 head coaches, countless other staff and around a third of the league’s referees have been sidelined by virus concerns.

The last few days have eased the pressure on the teams. There were around 125 players in Protocols as of the middle of last week, and this the number had fallen to 56 on Thursday evening.

About 300 players have already been in protocols this season in the NBA, and because so many tough signings were needed for teams to fill depleted rosters, there were more players who saw playing time in December alone – 544 – than in any previous full season in league history. The previous single-season record was 540, set last season.