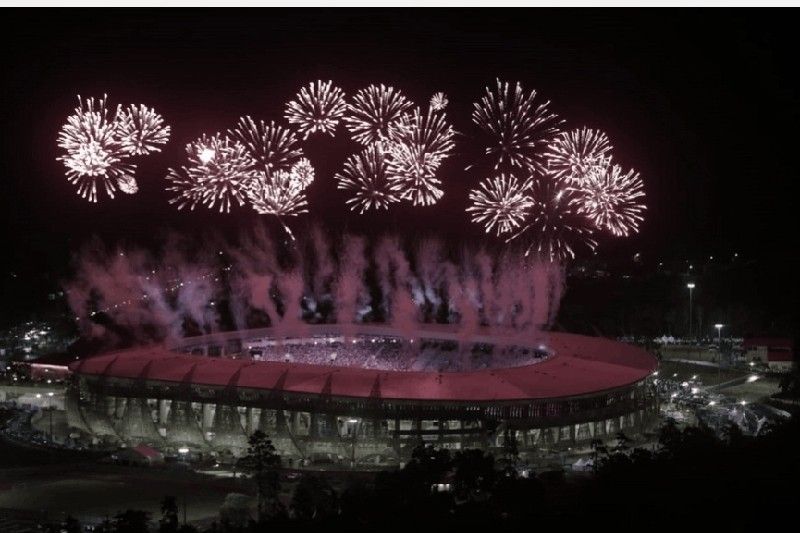 The PON, which takes place in the easternmost province of the country until October 15, 2021, has attracted 6,400 athletes and 3,500 officials from 34 Indonesian provinces.

“Huwe faith, onomi rehmay, wa wa wa. Long live sport!” the president greeted the spectators in the native Papua language at the opening ceremony and received a resounding applause from the audience, whose number was limited to 25 percent of the stadium’s total capacity of 40,000 people.

The city of Jayapura and the districts of Jayapura, Mimika and Merauke are co-hosting the matches of the very first PON held in the province of Papua which has 37 sports branches.

PON Papua has enforced strict health protocols for athletes and those involved in the games upon arrival in the province, with each participant scheduled to undergo PCR testing for COVID-19.

On October 9, 2021, the Minister of Sports and Youth, Zainudin Amali, confirmed that the PON was working well despite the emergence of several cases of COVID-19.

“The situation is quite safe in the four clusters. The event will not be interrupted because there are no major problems,” he said.

All participants, including athletes, coaches and officials, are present at each designated match, without undue fear or worry, he added.

Cases of COVID-19 during PON were first detected in Timika and announced on the evening of October 5.

In response to the infections, the PON XX organizing committee took precautionary measures to contain the spread of COVID-19.

Officials say the majority of those who contracted the coronavirus were asymptomatic and were isolated from their colleagues at different facilities, including the floating isolation centers on board. MV Tidar (Jayapura cluster) and MV Sirimau (Merauke cluster).

“The matches are continuing, while the health protocols are applied in accordance with the regulations in force,” noted Amali.

He said he would discuss the emergence of COVID-19 infections with members of the Organizing Committee (PB) and the Oversight and Steering Committee (Panwasrah) of PON XX.

“I will bring together Panwasrah and PB from PON, along with all the elements involved, in attempts to minimize the risk of transmission of COVID-19 through various strategies, including the strict application of health protocols (prokes),” said he points out.

The Minister said he was optimistic about the smooth functioning of the PON until the closing ceremony on October 15, which will be attended by Vice-President Ma’ruf Amin.

Meanwhile, Interior Minister Tito Karnavian has issued an instruction to stop the spread of the novel coronavirus disease by asking all athletes, officials, members of the organizing committee and spectators to adhere to strict health protocols. of COVID-19 during the multisport event.

Athletes participating in events involving body contact, such as wushu or wrestling, are subjected to antigen testing before matches, he said. All spectators are required to wear masks, wash their hands and maintain a distance, he added.

Only those who have been vaccinated and obtained at least the first COVID-19 vaccine are allowed to physically watch games at local stadiums, he informed.

Meanwhile, the National Disaster Mitigation Agency (BNPB) has stepped up efforts to curb the spread of the coronavirus, particularly in the PON XX arenas. The agency distributed 1,125,173 face masks to athletes, officers and spectators, among others from September 26 to October 6, 2021. Of the total number of masks, the city of Jayapura received 367,000 masks, the district of Jayapura 321 000 masks, Mimika district 188,000 masks, and Merauke district 249,173 masks.

BNPB official Asep Chaerudin pointed out that the distribution of the masks was directly assisted by 3,099 volunteers in the four towns and districts where the Papua PON XX is taking place.

In addition, the spokesperson for the National Working Group for the Response to COVID-19, Wiku Adisasmito, assured that the government had strengthened the monitoring and evaluation of compliance with the health protocol at PON sites.

He ensured that COVID-19 cases are immediately professionally treated by local health workers to prevent the spread of infection.

All contingents have been asked to limit their activities outside of matches, he informed. All parties, such as athletes, officials and spectators, were also urged to exercise sportsmanship and remain vigilant for the potential for COVID-19 infection by diligently implementing health protocols. , he added.

As for those who contract the virus, he said, the 34 patients have not shown any symptoms and are expected to make a quick recovery.