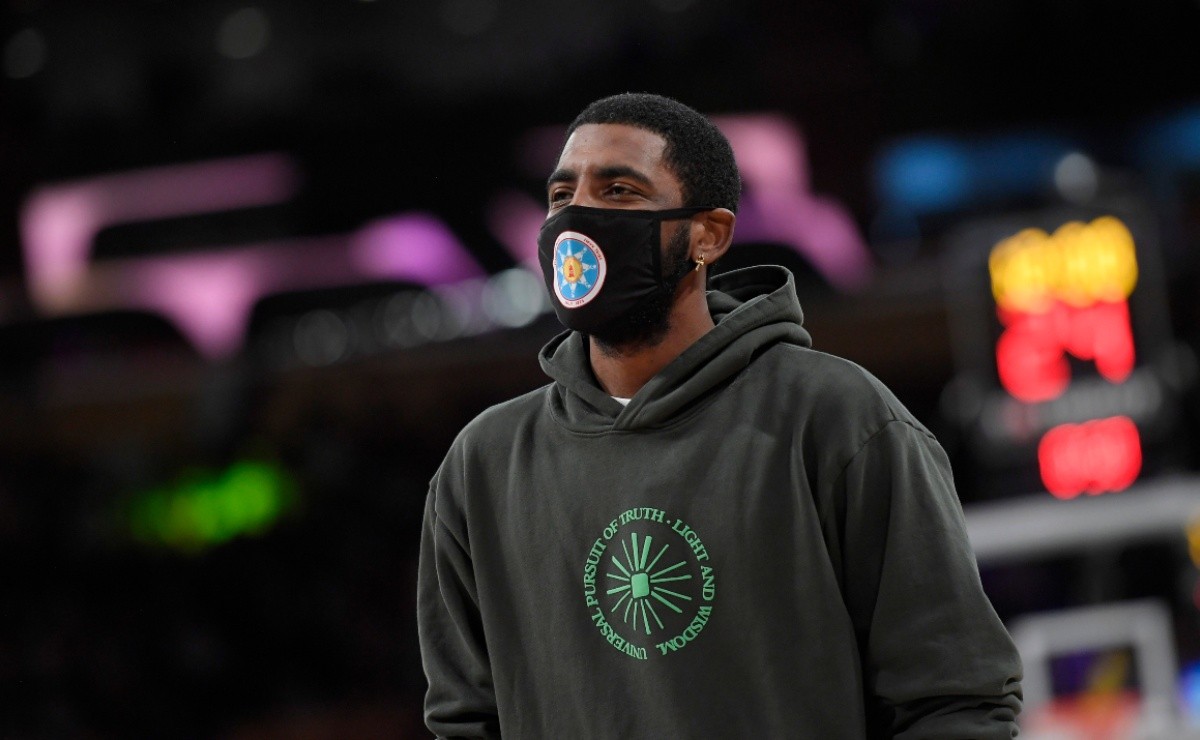 Kyrie Irving enters health protocols after joining the Brooklyn Nets: what does that mean?

Kyrie Irving is expected to join the Brooklyn Nets as a part-time player. However, it got into NBA health and safety protocols. Here, find out what it means for his return to basketball.

Kyrie Irving was about to join the brooklyn nets for the NBA Regular Season 2021-22 as a part-time player, being available only for road games on Fridays. However, just hours after the announcement, it was reported by the New York Daily News that the player has also entered the health and safety protocols for Covid19.

Irving, who is not vaccinated for Covid-19, is the ninth Nets player to enter protocols, following Kevin Durant. This means that both players have tested positive for Covid-19 or received an inconclusive test result. In order to get back into the team, there are different protocols for the two.

Now Durant, who is vaccinated, must register two negative Covid tests within 24 hours or be shelved 10 days to join the team. If he scores negative next week, he will be available for the Nets’ Christmas Day game against the Lakers in Los Angeles. However, Irving’s situation could be trickier, as the player hasn’t even trained for the team since October.

How many games can Kyrie Irving play this season?

In Irving’s case, he’s unlikely to be able to return on December 23, as he has to post five consecutive negative COVID-19 tests in five days, as it is not vaccinated. Due to the number of players unavailable due to health and safety protocols, the team rethought their stance regarding Irving’s participation in training and road games.

In a statement, the general manager of the Nets Sean marks says the team “Arrived at this decision with the full support of our players and after careful consideration of our current circumstances, including players missing games due to injuries and health and safety protocols. “

If Irving is clear in two weeks, he could play 22 games, out of the remaining 51. Besides the home games, he would also miss five road games, as they will be played in New York and Toronto. The city government had previously clarified that the city’s vaccination requirement did not prevent Irving from training with the Nets at their private practice facility in Brooklyn.

The other players in the NBA’s health and safety protocols are: James Harden, LaMarcus Aldridge, Paul Millsap, DeAndre ‘Bembry, Bruce Brown, James Johnson and Jevon Carter. Brooklyn is currently 21-8 this season, with a three-game lead over the second-placed Chicago Bulls and Milwaukee Bucks.

Health protocols, vaccination of educators should be considered

PM urges everyone to follow health protocols and avoid crowds