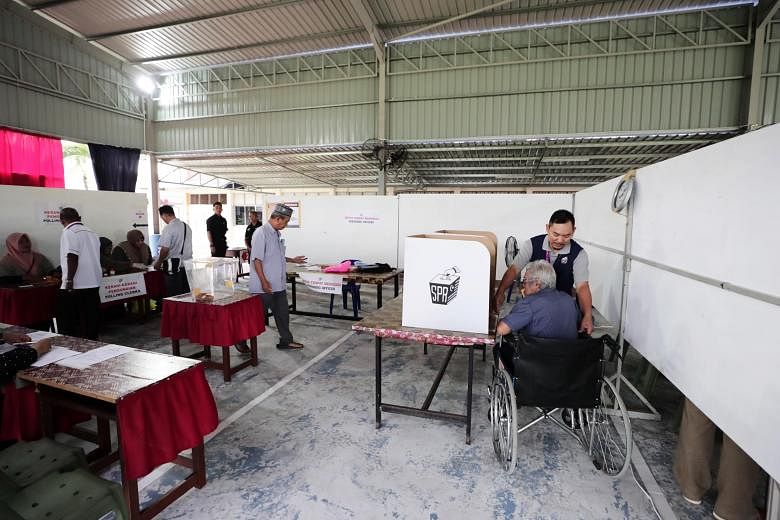 KUALA LUMPUR – Johor state elections next month can go ahead with existing Covid-19 checks, health experts say, despite an outbreak of Omicron that has quadrupled the daily number of virus cases in Malaysia during the first 10 days of February only.

Security protocols in the last two elections in Melaka and Sarawak have largely banned face-to-face campaigning and public gatherings.

Health experts said changing circumstances – such as Omicron’s milder impact and high vaccination coverage – meant the current wave would be much more manageable for Malaysia than the deadly Delta variant that has killed tens of thousands of people last year.

The Electoral Commission (EC) has yet to announce the health protocols for the Johor polls on March 12, which is close to when Malaysia is expected to reach the peak of the record-breaking Omicron wave. of past daily cases.

The presidential council of the opposition bloc Pakatan Harapan has urged the government to postpone the elections due to the rising number of infections.

“If the government refuses to postpone the elections, then campaigning and ceramahs (rallies) must be allowed,” he said in a statement on Thursday (February 10th).

The two elections did not cause any notable increase in the number of cases, as Malaysia maintained its daily case count at around 5,000 until the outbreak of Omicron began earlier this month, a just week after the dissolution of the Johor state assembly to trigger state polls.

Universiti Putra Malaysia (UPM) epidemiologist Malina Osman said any campaign activity involving the removal of face masks – such as eating or drinking – should not be allowed, such as during elections in Sarawak.

“With relatively good vaccination coverage and the availability of the self-screening test, we should move on (with the cure). Concerns at the moment would be those who refuse to receive a booster, or parents who refuse that their children are vaccinated,” said Dr Malina. told the Straits Times (ST).

About 80% of the population are fully vaccinated, while more than 39% have taken a booster dose.

Some, like opposition leader Anwar Ibrahim, have called for the relaxation of Covid-19 protocols for Johor’s elections.

The ban on physical campaigning led to a drop in voter turnout and a period of muted campaigning in Melaka and Sarawak. Opposition parties performed poorly in both elections and cited strict protocols among contributors.

Datuk Dr Zainal said Volunteers for Community Engagement and Empowerment for Covid-19 – a group of volunteers led by him – found that some protocols during the Melaka election were “too strict”, while some turned out to be irrelevant.

“There was no major increase in cases or clusters in Melaka after the elections, although adherence to protocols was inadequate,” he added.

Malaysia has already seen a sharp rise in cases ahead of Johor’s election campaign – which begins with Nomination Day on February 26.