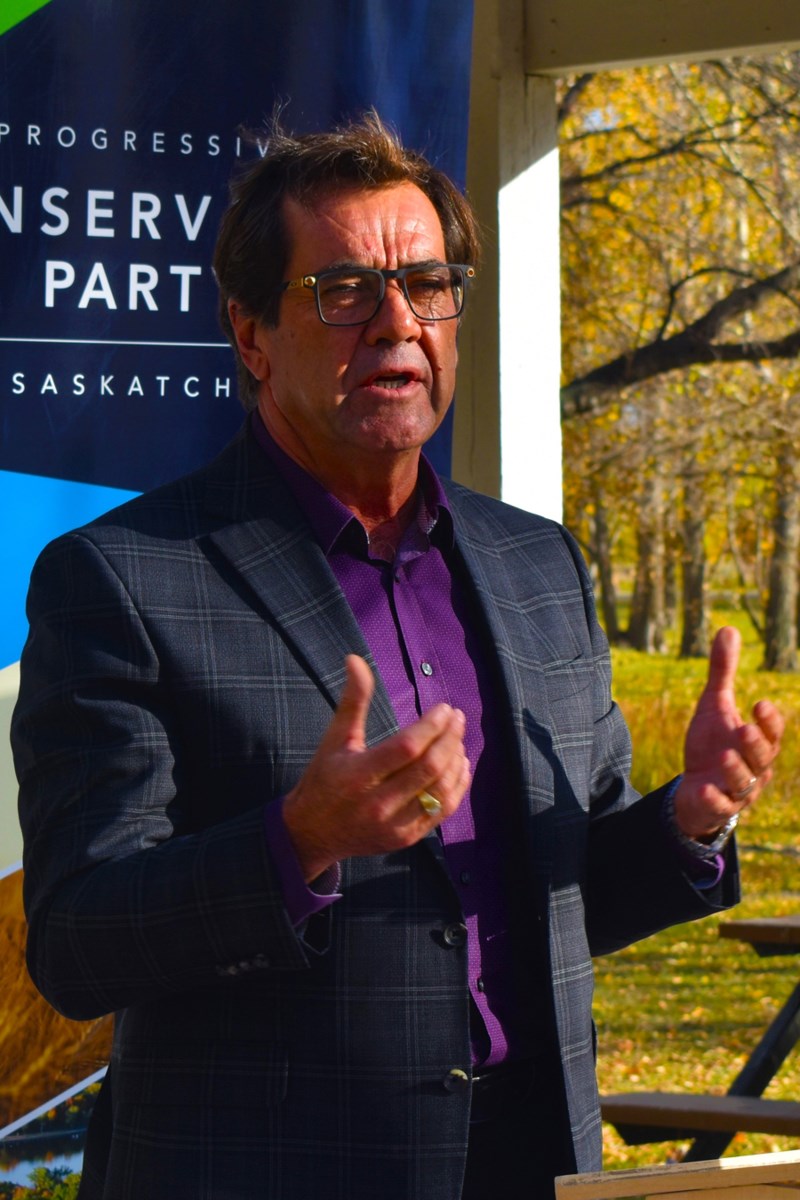 SASKATOON – The Progressive Conservative Party of Saskatchewan will be holding its three-day Annual General Meeting this weekend, January 14-16, at the Double Tree Hilton Hotel and Conference Center in Regina.

The AGM was originally set for November, but has been postponed due to the ongoing pandemic. Organizers rescheduled it this weekend despite the increase in COVID cases of the Omicron variant in the province and the rest of the world.

However, Dave Buscis, who is on the organizing committee, said they will strictly follow all health protocols put in place by the provincial government, such as requiring that everyone who attends to wear a mask inside. the establishment.

“Our party, for the convention, will follow all the public health regulations of the Saskatchewan Health Authority, which are again reaffirmed by the Premier this morning, what are the protocols in terms of proof of vaccination or proper PCR testing,” Buscis told SASKTODAY. .ca during a telephone interview on Wednesday.

“We will also follow all the protocols of the installation [Double Tree Hilton Hotel], they also follow their own protocols.

He added that the facility also requires that all who attend show proof of vaccination and follow the same protocols implemented by the provincial government.

“The mask is mandatory, but like in restaurants, if you sit and eat, you can remove your mask,” Buscis said.

He said the final number of officials and party members in attendance was not yet final, but that they expect a good turnout as they attempt to revitalize Tories in the province. They will meet on Thursday morning to confirm who will attend the AGM.

Party officials and members will have a forum to draft and summarize their policies while updating the Tory constitution and electing a board of directors. They will also take care of other administrative functions of the PC party during the three days of the AGM.

Doug Barr, who is the first to announce his candidacy for the leadership position of the Conservatives, said revitalizing their party was on the agenda.

“Revitalization is part of improving the holiday. We are looking to expand our membership and reach as many people as possible through the grassroots. We are also in the process of finding quality candidates for the next elections. We want the people of Saskatchewan to know that we are serious and that in 2024 they will not have to settle for the Saskatchewan Party, ”Barr said.

Barr added that the AGM is the turning point for the Conservatives as it will give them the chance to increase their membership, especially at the local level.

“We’re going to focus on the grassroots and reach as many people as possible. We want to make sure everyone in Saskatchewan knows they have a variable alternative in the next election. We don’t have to settle for the Saskatchewan Party anymore, ”Barr said.

“We have experienced tremendous growth and the feedback I have received from the people of Saskatchewan has been tremendous. People want change.

He added that he believed it would help the party reach out to the youth sector if it had the chance to lead the Tories.

“If I was elected to the head, I think it would help resonate with young voters because I myself am only 29 years old. [years old]. I would seek to establish a youth caucus to engage young voters. We certainly need to have a presence of young people.

Barr said his leadership campaign is committed to making Saskatchewan a better place for everyone.

“It’s about improving the lives of families, supporting Saskatchewan businesses and ensuring future generations have opportunities to prosper. I am committed to protecting our values, our freedoms and our way of life, ”he said.