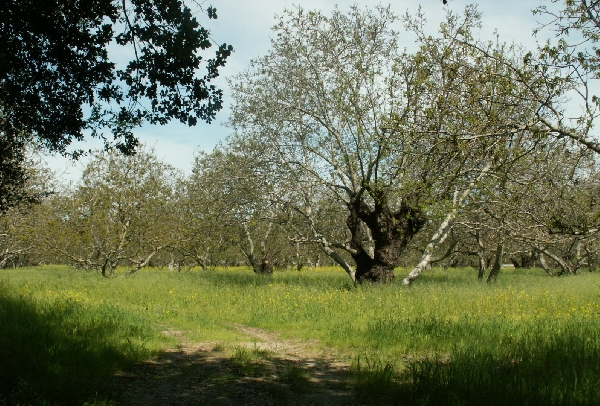 Danville: The developer begins the application process for a 158-unit condominium project at the Borel property | News

After having been uninhabited for more than a decade since the death of its owner, Danville’s last orchard on the vacant Borel property may be on the way to becoming the home of a new subdivision which authorities say will also fund the vision of the late Armand Borel of an agricultural park on the property.

In September, San Ramon-based Trumark Homes filed a preliminary development application for a project that would consist of a 158-unit condominium development on just over 7 acres of the northern portion of the property, while working to restore and preserve approximately 10 acres as an agricultural park in line with the vision Borel left in his dying wishes for the property after his death in 2009.

The request remains at the preliminary stage, as no formal request has yet been filed with the city of Danville, according to Nicola Shihab, spokesperson for the city government.

The proposal comes after more than a decade of behind-the-scenes turmoil in the vacant Fostoria Way and Camino Ramon orchard in Danville, which is currently located as an anomaly, between Interstate 680 to the west, and in the middle of a range of shopping centers and housing developments that have sprung up over the years since the Borel property was just one of the many orchards in Danville and the surrounding area.

Upon his death in 2009, Borel left the remainder of his family’s property, just over 17 acres, to the East Bay Regional Park District, to be preserved as an agricultural park showcasing the history of the region and the importance of the property as a final operational walnut. farm in Danville.

“It’s a step that reminds us that parks are forever, and it’s a good thing because building a park can sometimes take forever,” said Kristina Kelchner, deputy director general of the parks district, at an EBRPD board meeting in May. .

At the time of his will, Borel also knew that his request would result in the sale of part of the property, although this was an unusual decision by the Park District, as Kelchner noted. The EBRPD then invested $ 6.9 million in loans and receivables on the property in order to maintain the creditworthiness of the ailing Borel Trust and prevent foreclosure of the property.

The Park District finally received title deed in 2019, after a decade of litigation involving the Trust, allowing them to move forward with the Request for Proposal (RFP) process that would ultimately lead the Board of Trustees district to enter into an agreement of intent. with Trumark Homes in 2020, and to vote on the sale of the northern portion, just over 7 acres, of the Borel property to the developer at the May 11 meeting this year.

Kelchner cited Trumark’s competitive offer, its willingness to provide non-refundable cash deposits to the district at several stages throughout the proposed development project, and its existing relationship with the Town of Danville as some of the reasons why the council recommended going ahead with an agreement with them on the Borel property.

The Parks District accepted a price of $ 31 million for the 7.2-acre portion of the property, with Trumark having the option to purchase up to 7.49 acres for an additional $ 1 million. In addition, Trumark has agreed to assist the Parks District with funding of approximately $ 40,000 to $ 60,000 per year for the long-term maintenance and operation of the parks. Kelchner stressed the importance of deposits, given the need to pay off trust debts and distressed property.

Following the vote on the Purchase and Sale Agreement (PSA) with Trumark, the sale process has entered a 45-day feasibility period until June and is currently in the 18-month eligibility period. , which is scheduled to end in January 2023.

“This is a project our legal counsel and others have spent a lot of time on,” said Ayn Wieskamp, ​​trustee of the EBRPD, ahead of the May 11 vote. “There were all kinds of unexpected things. You get a gift and find out, sometimes it’s a gift that continues to give you trouble.”

“We are trying to honor what Mr. Borel wanted for this property, and that is to have a park that will look like Ardenwood, available to a community that has nothing like it, and that will be used for remember the real farming years in this valley, ”added Wieskamp.

“Don’t say no to Beverly,” Wieskamp said. “She knew how important it was and she kept us all informed, but it was her fight.”

The board of directors voted 5-1 to approve the PSA with Trumark Homes, with Ward 3 administrator Dennis Waespi the only one voting against.

The timing was triumphant for much of the board and staff, marking the end of the long process of litigation and negotiation that had preceded it, and offering some assurance that Borel’s vision of an agricultural park on property could finally be on the horizon.

“I’m sure they’re going to remove some of these walnut trees,” said Lee Rosario, who represents Ward 2 on the parks board. “Walnut trees are amazing. Great pieces of art and construction.”

The origin of the Borel walnut trees is a major event in the agricultural history of the San Ramon Valley. According to the San Ramon Valley Museum, Alamo resident Myron Ward Hall first grafted a Persian walnut with the native black walnut. The descendants of this early experience were used to start what would become hundreds of acres of orchards in the region, which continued to expand into the post-war years.

This was around the time the Borel family first entered the local nut farming scene, with Borel’s mother buying the property and tending an orchard early in 1945. .

Armand Borel, the last of the Borel family to care for and supervise the orchard, has died after a life spent caring for the walnut trees and making his mark on the local community, notably as one of the founders of the San Ramon Valley Fire Protection District. .

In addition to rows of unmaintained walnut trees reminiscent of this aspect of Danville’s agricultural past, the Borel property is home to the rescued San Ramon train depot, a water tower, and antique tractors. While Borel, who was 80 at the time of his death in 2009, was unable to tend the trees himself in his later years, the orchard remained productive and he continued to oversee its operations.

Nevertheless, the property was already observed by developers before Borel’s death, as the surroundings became more and more urbanized and the walnut orchard became more and more an anomaly in the region. Although Borel was attached to the property and made clear his wish to retain his legacy as an agricultural park after his death, he reluctantly accepted the prospect of development on part of the property.

“I guess,” Borel told Danville Weekly in 2007, when asked what options for his property could be sold to a builder that year.

While the Parks District’s execution of the PSA with Trumark in May appears to mark the end of its struggle with the property and the start of plans to rehabilitate it, it will still be some time before the agricultural park Borel envisioned does. be established – and before the 158-unit townhouse project planned for the north end of the property comes to fruition.