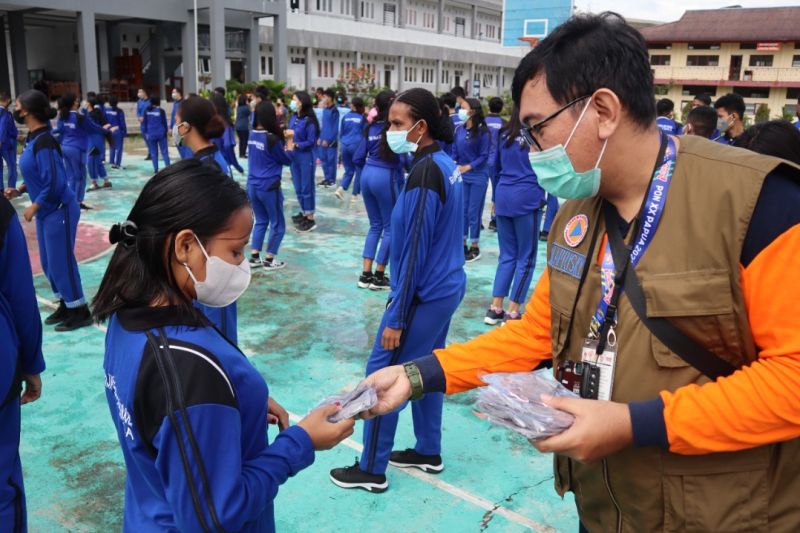 Jakarta (ANTARA) – The National Disaster Mitigation Agency (BNPB) has strengthened health protocols in various communities to curb the spread of COVID-19 in Papua, especially as the 20th National Games (PON) take place in the province until October 15.

BNPB has previously reportedly distributed over three million masks during Papua’s PON and provided mask outlets and mask cars to athletes, officials and the community.

Papua PON Health Protocols Working Group Leader Prasinta Dewi confirmed that she has also supported the implementation of face-to-face learning in schools in Mimika District by providing education related to the protocols. health from October 11.

“A total of 38,000 masks have also been given to schools,” Dewi noted in a written statement received Thursday.

Meanwhile, the Jayapura City Sanitary Protocol Working Group also distributed masks in several places of worship, such as churches and mosques, especially on special days, such as Fridays for mosques and during Sunday services in churches.

The strengthening of health protocols and the dissemination of information were also implemented in several prisons, nursing homes and orphanages in the Jayapura district region.

For some 18 days, the BNPB had strengthened health protocols in various sectors. Dewi is optimistic that this effort would help reduce the potential for increased COVID-19 cases during PON.

“The increase in the number of COVID-19 cases during PON is inevitable, but the most important aspect is how to minimize the risk of transmission through efforts to strengthen health protocols that are continually being put in place. work by the task force and all parties involved, “she noted.

According to data compiled by the BNPB from September 27 to October 12, the graph of active COVID-19 cases in the four Papua PON clusters had tended to decline.

The number of active cases in the four clusters as of October 12 reached 89, a decrease of 72 cases from the previous days. Meanwhile, at the start of PON, some 161 cases were found.